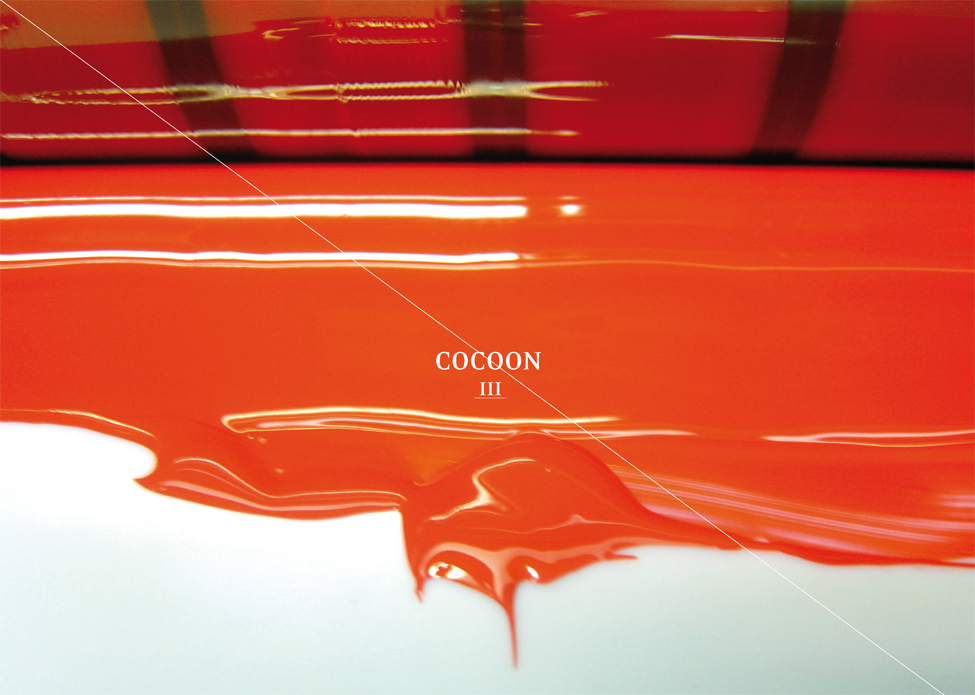 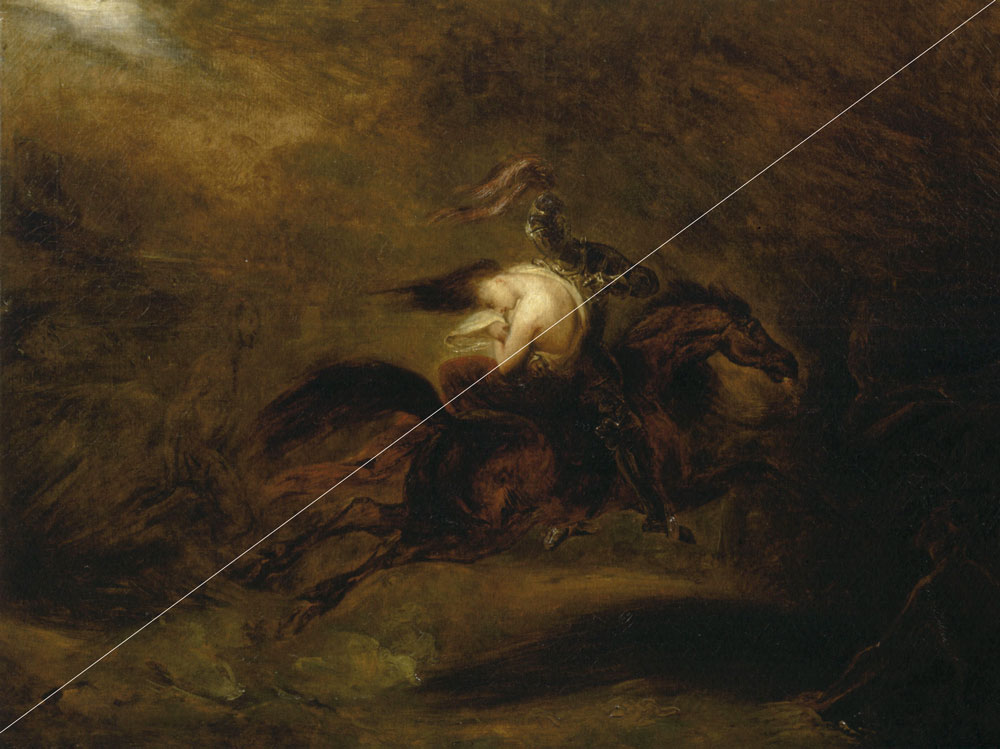 Most tracks of this album were composed in 2009-2010 for a theatrical production of Edward Bond’s The Children by Bruno Lajara, with young actors of Boulogne-sur-Mer. Additional tracks were composed for a Concert for Dreamachines at L’Ososphère, Strasbourg, 2 October 2010. The album in its final version was played en avant-première for the opening of Cocoon’s exhibition at Plateforme, Paris, 25 March 2011.

A Optical Sound production with the help of VIESAVIES.

There are two Cocoons in France. One is a duo from Clermont-Ferrand that plays sunny, soporific indie folk. The other is the rather more tenebrous solo project of Christophe Demarthe, who also co-founded Cold Wave/Industrial group Clair Obscur right at the start of the 80s.

« I like the confusion between the two French Cocoons, » he says. « Once I was even invited on a national TV show. I answered that I feared I was the wrong Cocoon, the dark side of the force of Cocoon, the Cocoon they would perhaps meet if they went out at night in Paris in some peculiar places… »

Like its two predecessors (an untitled debut and 2005’s Violent Days Are To Come), new album III is an essay in atmospheric techno-minimalism, made using « my favourite plug-ins and these broken loops that populate a lot of my work. » III is, if anything, even more pared-down than previous work but also sounds more cavernous, almost sepulchral, thanks partly to the interspersion of free-floating, nebulous pieces with more pulse-driven tracks. Demarthe describes it as an « aquatic and sort of sacred sound, linked to the circumstances of its gestation and a certain state of mind I was in. »

These circumstances were varied, with the music originating in theatre productions, TV commissions and installations. « I’m lazy, I wait for things to come to me, I don’t force them. Except when I’m commissioned to do something, obviously. That was the case with Edward Bond’s ‘The Children’. ‘The Children’ is a beautiful text by Edward Bond in which a child kills another child inadvertently, while carrying out a crime out of obedience to his mother. Bruno Lajara staged the play with a group of children aged between 11 and 16, from the Chemin Vert quarter in Boulogne-Sur-Mer, a ‘zone sensible’ (‘sensitive area’) as they say. What was interesting about this experience is that – contrary to my usual habits – I was writing as much based on my responses to the young actors as to the text. I was more interested in them than the theatrical production. » The music on this third album is largely drawn from the Bond play but Demarthe is keen to specify that « the tracks were reconfigured and reworked so that they would tell their own story. Other tracks were written and added to finish this 38-minute story. »

So there are also pieces that were designed for a festival, Ososphère, in Strasbourg that was being curated by Demarthe’s label boss, Pierre Beloüin of Optical Sound. « He invited me to come up with a programme for a concert where the audience were sat in semi-darkness, facing several spinning dreamachines. » (A dream machine is a strobing device invented by Ian Sommerville, an associate of William Burroughs.)

And there’s also ‘Meet’, a sweeping and more sentimental coda to the album. « I originally wrote it for a sci-fi TV film and [it] had been kicking around for a few years, forsaken like an orphan. It was originally written for a scene in a film where characters reunite. The mood of the scene recalled Godard in Nouvelle Vague, so I wrote a track almost as an ‘exercise de style’, doing some Godard-style music (or more in the style of Michel Legrand since, according to Legrand, he conceived and suggested the idea to Godard of using musical waves that arrive to blot out moments of dialogue between two characters). I thought that ‘Meet’, with its waves that wash over you, was a nice conclusion to the album after these other… how can I say?… more tormented tracks. »

Demarthe is not the only member of an 80s Cold Wave or Industrial group to end up on Optical Sound – Norscq, aka Jean-Louis Morgère of The Grief, has also made it his home and mastered the first two Cocoon albums – and in many ways the label serves the legacy of that era much better than more obvious Cold Wave revivalists, preserving a spirit rather than a specific sound. Demarthe says « Optical Sound is, above all, the work of a visual artist, who is a big fan of music, of a certain type of music. It’s definitely a label but it’s also just as much an aspect of Pierre Beloüin’s artistic work. And the artists on the label have to be aware that they are part of this work. There are in some way subsumed into the ogre-ish vision of an insane artist-manager. » In the 80s, though, Clair Obscur had little contact with their musical peers.

« We didn’t listen to French groups apart from Marquis de Sade and Orchestre Rouge. We listened to Joy Division, Tuxedo Moon, Durutti Column, The Virgin Prunes, DAF, The Talking Heads, Psychic TV, The Cure… We went to the New Rose record shop in Paris and Gérald, our favourite shop assistant, helped us to discover other groups that were in line with our tastes. He didn’t play us any French records (apart from maybe The Prophets). I didn’t meet Norscq until 2004, through Pierre Beloüin. It’s funny, there are a lot of French musicians from the Cold Wave/Industrial scene of the 1980s that I only met recently. We were quite insular in Clair Obscur. We sometimes went to clubs, like Rose Bonbon, Les Bains Douches, The Palace, but when we went out it was mostly to shut ourselves in our rehearsal rooms and play. It also sometimes happened that we would sometimes go on long treks to listen to a particular group, like the time we made a return trip from Paris to Cap Fréhel in Brittany to see Marquis de Sade and Orchestre Rouge in concert. We met some fishermen that were going to the concert before going out to sea, in terrible weather. We were still thinking of them when we returned to Paris at 5am when the market stalls were just being set up. »

When I ask about artists who try to revisit the practices of that era, he says:

« What’s the point of that? An artist like Tricky on his Nearly God album is much closer to Psychic TV than any revivalist musician today. The last group I listened to with some interest was Liars. What Psychic TV, Tricky and Liars have in common is that they’re artists who explore, who experiment, who innovate. It’s the only thing that counts. With Clair Obscur, it was the only thing that mattered to us. »