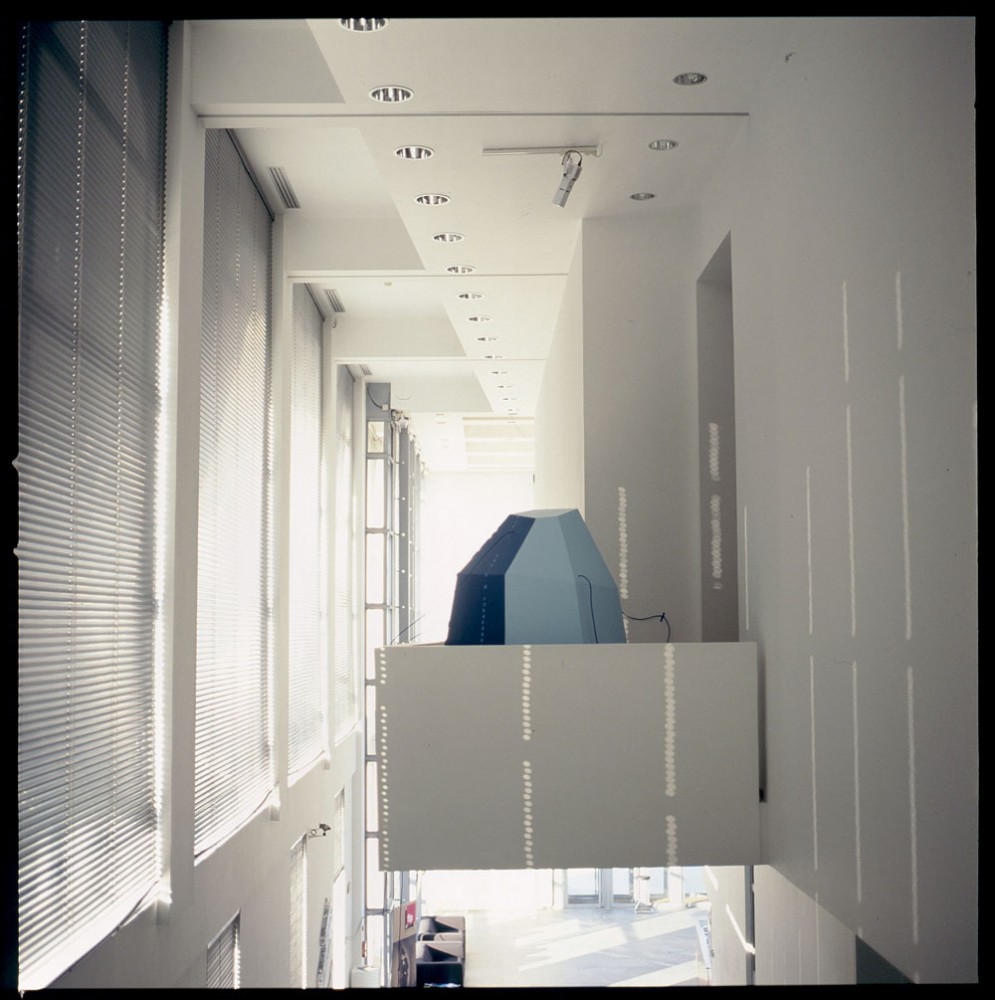 Ultralab™ is a fairly mysterious group of artists, doubtless created in Paris in August 2000. Keen to experiment with a new form of artistic, economic and political autonomy, its members seem to work at the borderlines between art, science and communications. They regularly invite collaborators from various disciplines to participate in their projects.

They conduct secret operations in the realm of contemporary art with the aim of thwarting some of its perverse mechanisms. In particular, they recently suggested that they were the creators of ten invitations to nonexistent exhibitions. These were distributed in Paris in 1999, causing something of a stir.

Over the past seven years, the group has also been developing ‘plastic fictions’, which draw on the language of new technology. Its mechanisms generate in-situ installations; they are also created on, or extended through, the Internet, as well as through more or less material supports: film, drawings, photographs, paintings, games, music, sounds, computer images, computer programmes and publications.

For L’Île de Paradis™ (version 1.15)*, exhibition which is part of the ‘Terrains de jeux’ series devised by Fabienne Fulchéri, Ultralab™ created, in its own words, an ‘automatic, random and dysfunctional generator of island utopias’. This vast multimedia installation takes visitors into a Jeu de Paume that has been recreated in the style of a video game setting, full of references taken from the history of ideas, literature, art and B movies, scattered throughout the space like so many small neuronal bombs.

Plunged into a ‘game’ that obliges him or her to move around virtually in the exhibition rooms, the visitor, who has become both a clumsy gamer and a hesitant explorer, discovers a strange parallel universe, flooded by the sea and dotted with paradisiacal islands. Enigmatic structures are hidden on these islands, and secret passages make it possible to reach underground areas of the building, which are inaccessible in reality and are possibly merely apparitions.

Screens placed in different places in the Jeu de Paume enable other viewers to follow the game taking place live. The installation then extends to the entire building in other forms, visible and invisible, breeding off exhibition rooms, staircases, corridors, study rooms and toilets. Wooden archipelagos painted in colours taken from the « L’Île de Paradis™ » form large monochromes interacting mischievously with the history of abstract painting and with the world of Hollywood special effects. The technical equipment (which may or may not really work) allows a glimpse of the Ultralab™ ‘machinery’, while the recurring allusions to the works of Yves Klein and to a famous blue background from digital film** spread confusion.

Thus Ultralab™, producer of decoys and traps, constantly deals in the true and the false, within a pseudo-founding narrative of which you can become, if you so wish, the abstract anti-hero.

On the Internet network (the virtual space of this site www.jeudepaume.org), various excrescences of the project list, document, preserve, experiment on and deconstruct, as in a portable laboratory, a certain idea of utopia, and reactivate its potential for joyous and productive subversion.

** Which makes it possible to isolate and insert protagonists or objects on different backgrounds, for example computer-generated images