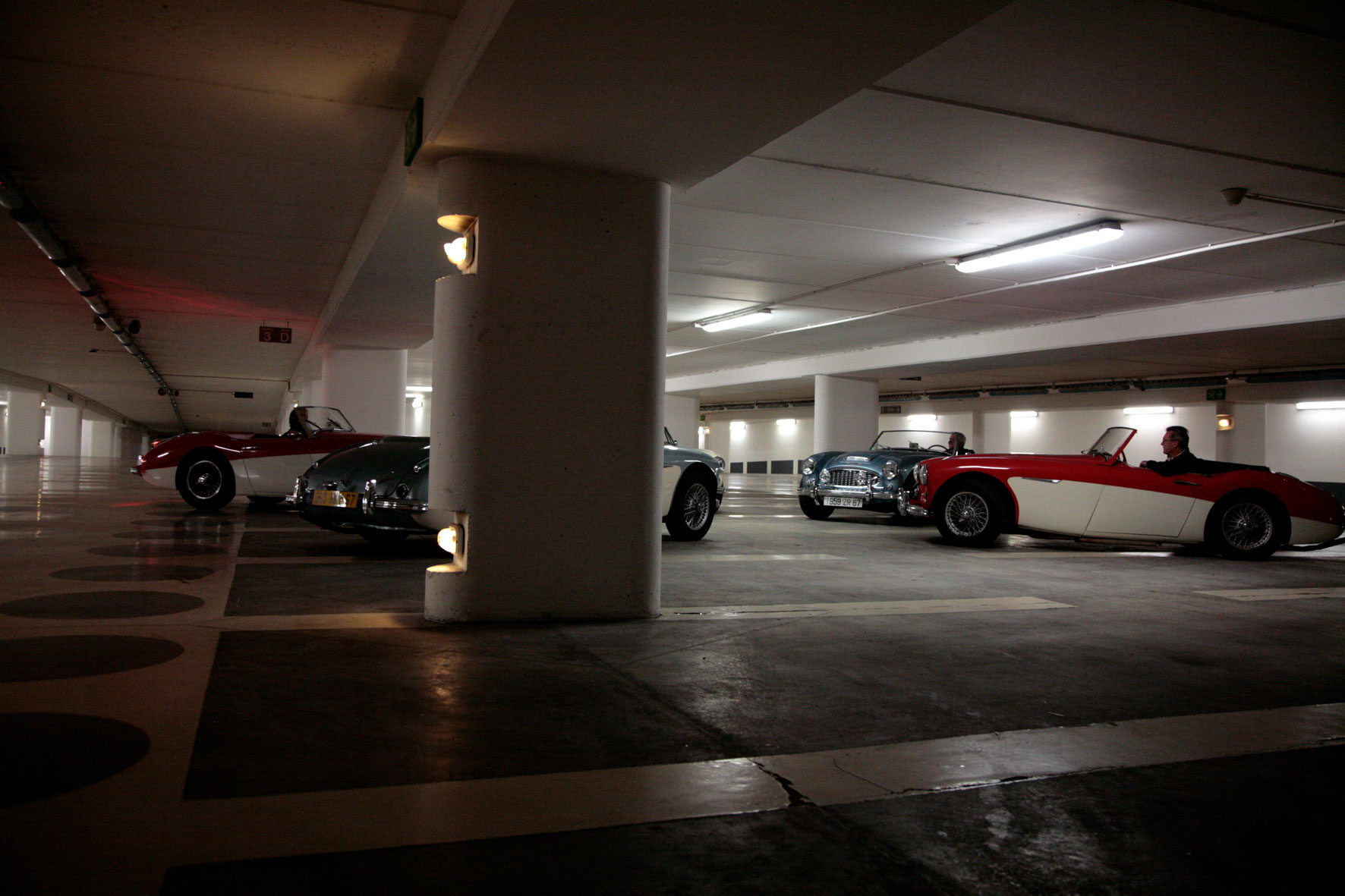 « I made an appointment with the public in the underground car park of the MAMCS. At the scheduled time, five Austin Healeys arrived with roaring engines and screeching tires. They parked in the form of a star, the drivers tuned their car radios on the same radio frequency, opened their doors, exited and disappeared at the far end of the car park. The session then started and would end with the exhaustion of the car batteries. » Pierre Beloüin